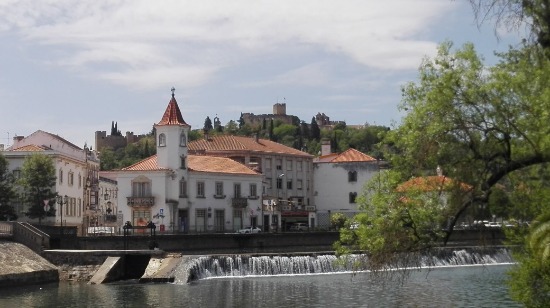 Welcome to Tomar - the Templar city.

The city of Tomar invites you to stroll along the banks of the Nabão River; to have a drink, in one of the streets and squares, with tile facades or Art Nouveau; or even, a walk through the medieval Jewish neighborhood. However it's the Knights Templar heritage that attracts most of our visitors.

It will be in the Convent of Christ  that we will find the gems of Templar - such as the Templar Church, with an octagonal shape called “Charola”. Also memoirs of the Order of Christ - King Dom Dinis' prudence and mastery convert the Templar into this new Order, inspired by his primitive name Militia of Our Lord Jesus Christ, when they were persecuted and extinct by order of Philip 'The beauty'; Henry The navigator lived here and this was a special place to develop the spirit of what became famous in History as Age of Discoveries. At its peak - the Manueline artistic style; the specificity of Portuguese Renaissance architecture and Mannerism.

The Convent of Christ and the Templar Castle form a unique monumental ensemble. It was classified by UNESCO as World Heritage in 1983.

In addition, a visit to the Church of Santa Maria do Olival - ordered to be built by  Gualdim Pais, in the 12th century and made Pantheon of the Templar Order.

Opposite Santa Maria do Olival, we find a quadrangular tower that is believed to have had, in the Middle Ages, a tunnel that connected the Church to the Templar Castle of Tomar.

In one of the main squares, the statue of Gualdim Pais, in front of the Church of Saint John Baptist.

This tour introduces you to the role of Military and Religious Orders in the creation of the Kingdom of Portugal and its importance during the period of maritime discoveries.But we also lift the veil over the secrecy of some of them and their mystique through the decorative elements of the Convent of Christ. 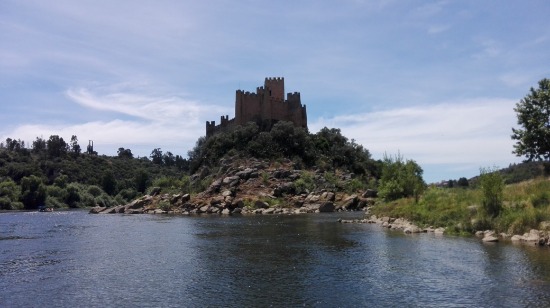 Castle of Almourol - one of the most scenic monuments of the Christian Reconquest. We’ll find it in middle of the Tagus River, on a small island.

The crossing is made in a picturesque safe and traditional wooden boat: few minutes but enough time to embrace all the charm of the inspiring landscape.

The history of this Castle takes us, once again, to the period of the Christian Reconquest during the Middle Ages. Christians occupied it in the 12th century, but Templar already knew it as Almorolan - according to an inscription on the entrance. It was part of the territory's defensive line to the south.

When Knights Templar were extinguished, this Castle lost its original importance; the imagery of the men who associate it with a place where the Templar could have deposited some treasure remained - a mystery that still prevails today but that no one finds an answer to.

The cost for this tour extension is €25/pax and the duration of the tour will change to 6/7 hours.